I love to share and collaborate with other artists and creatives. Photographing performances can be challenging seeing the show for the first time, not knowing the staging of a scene. The arts are so important to me, it's at the core of who I am. I try to surround myself with the positive and creative minds that use their imagination to create beautiful art. Please read the description below provided by Ryan Mangan.

Based on Henry Steele Olcott's book, People From The Other World (1875), Second Sight captured the imagination of the Rutland community and beyond 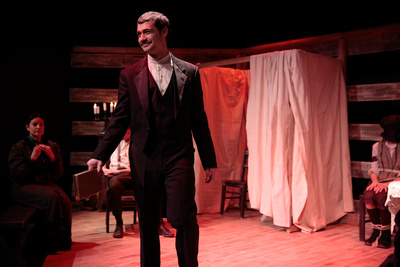 . It followed the famous true story of the The Eddy Brother mediums of Chittenden, Vermont during the American Spiritualist Movement. Their infamous seances are said to have hosted human levitations, mysterious disembodied music, and ghostly manifestations. This classically structured drama, packed no punches as it also dealt with the hostile and abusive reality of the Eddy boys' youth.

The play took the audience on a journey through a typical evening in the "Circle Room" at the Eddy homestead. Playwrights Ryan Mangan and Matthew Eckler told the story through Olcott's narratives inscribed in his book. The audience was invited to follow Henry Olcott (played by Garrett Robin) on his first experience with the brothers, William Eddy (played by Val Geisey) and Horatio Eddy (played by Ryan Mangan). Joined only by a Russian clairvoyant named Helena Blavatsky (played by Kimberly Moyer) and a Bostonian aristocrat named Ramona Bradlee (played by Julie Redington). The three characters experience the fear, wonder, and the magic of what went on at the Eddy farm while welcoming the spirit of an Native American princess named Honto (played by Maya Redington). The audience found themselves just as disoriented as the characters due to the interactive magic routines that were used to drive the story forward. The playwrights incorporated old slight of hand and mentalism routines used by real mediums of the time; offering a spell bounding, perplexing, and often poignant treat for the public.

Henry Olcott never found evidence to debunk the brothers' authenticity. He let his readers decide for themselves. "We did the same", said Ryan Mangan, "and we took the opportunity to give the audience a peek into mid 19th-century Vermont and a modern electric twist on collegiate theatre that the community was not expecting." } {Description provided by Ryan Mangan} 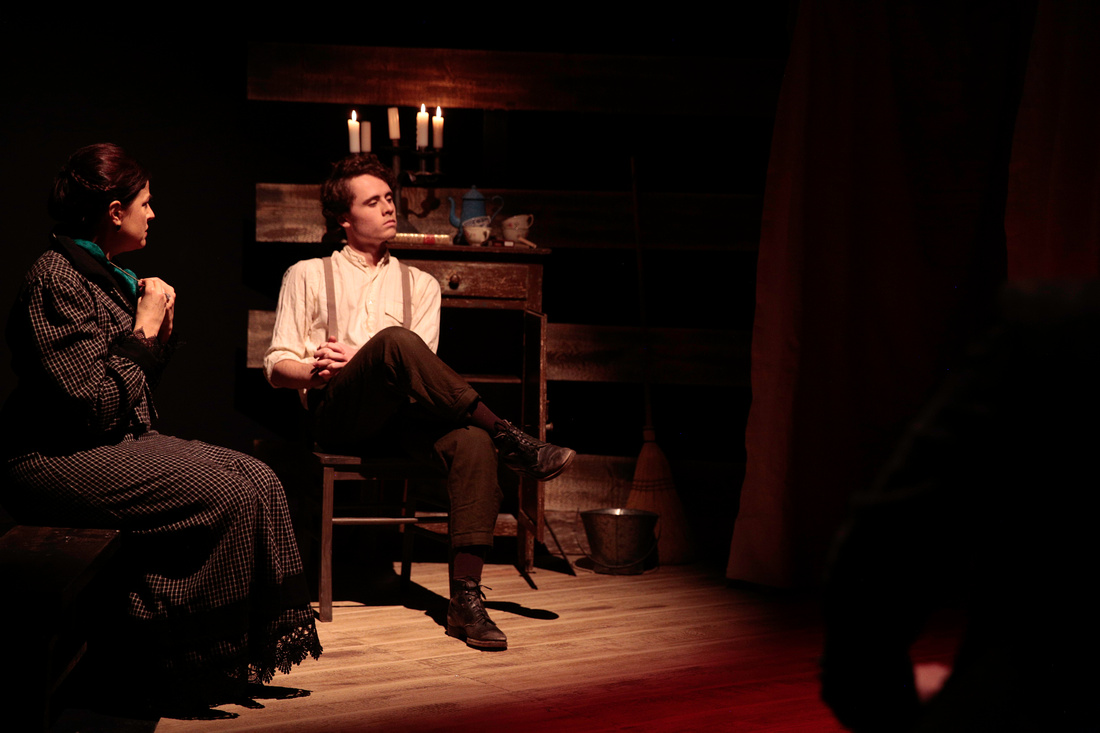 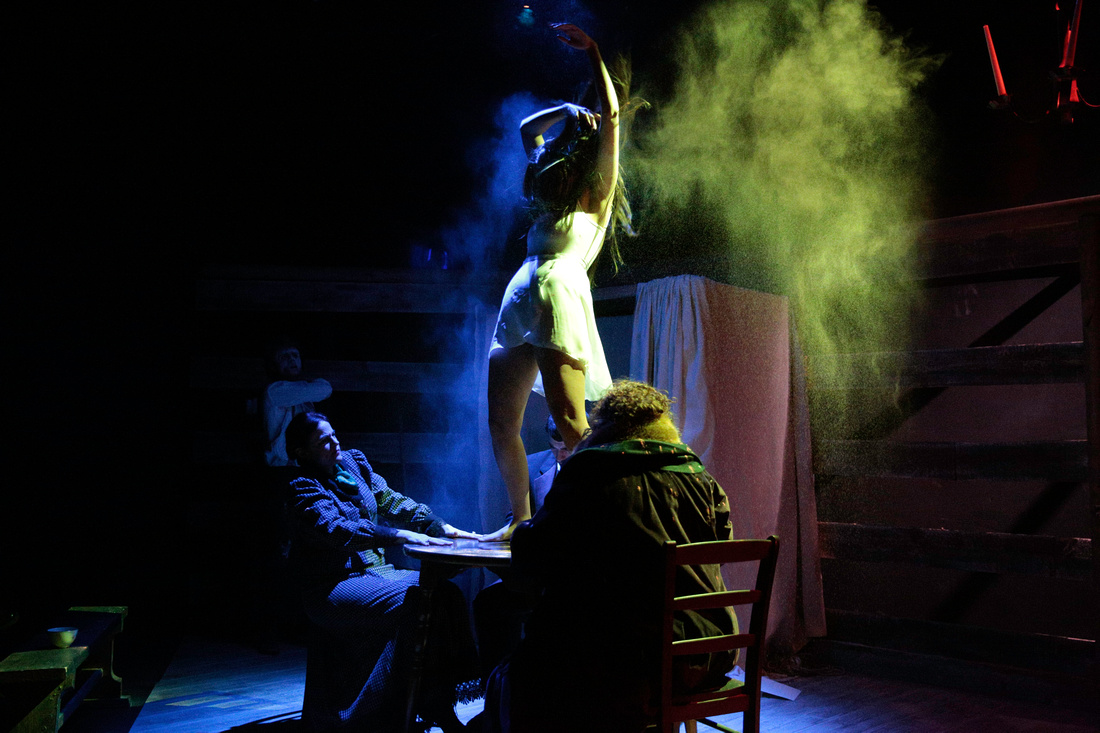 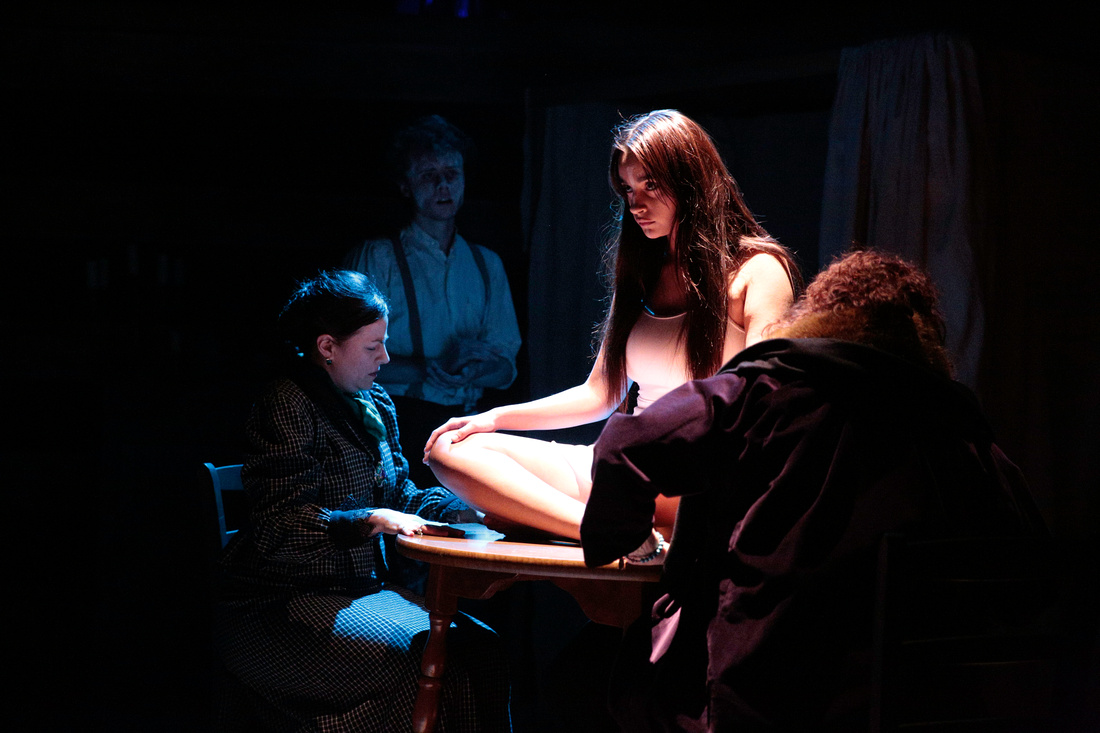